We are very excited to be part of NASA’s Twin Gravity Recovery And Interior Laboratory (GRAIL) spacecraft mission. The purpose of the GRAIL mission is to further advance an understanding of the moon’s thermal evolution. 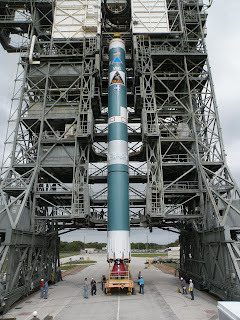 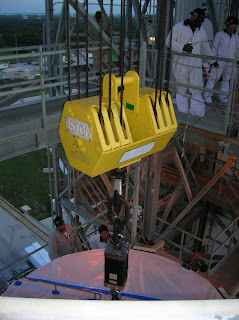 The launch is scheduled to take place on Sept. 8, 2011 from Cape Canaveral Air Force Station, Fla. To read more about the GRAIL operation click here.

Check out our Single Failure Proof Crane web page to learn more about this crane’s features. Visit our homepage to view more of our products and services, email us at sales@americancrane.com or call us today at 1-877-877-6778!